What Is Computer Networking with Cisco Routers and Swi 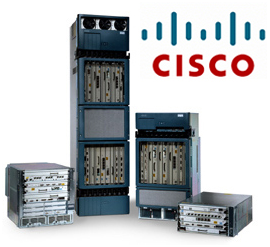 tches in Toronto and the GTA

A new Cisco device won’t be configured the first time you get it. In other words, it’s not customized to your needs, and you may feel that it won’t do what you asked it to do. If you buy a used Cisco switch in Toronto and the GTA, switch on the power, and plug computer devices into it, it will work to connect those PCs with no further configuration. However, you will be missing out on many advanced features. A new router, on the other hand, will not be capable of doing much at all, even if you simply plug devices into the router. Routers of any sort need basic configuration to function on a network, or else they simply act as a power consumer that merely blinks at you.

The console port, therefore, is used for local management connections. This means that you must be able to physically reach the console port with a cable that is typically about six feet long. The console port looks exactly like an Ethernet port. It uses the same connector, but it has different wiring and is often (but not always) identified with a pale blue label that says “CONSOLE.” If the device is not configured at all—meaning, if it is new or has had a previous configuration erased— the console port is the only way to connect to it and apply configurations.

Connecting to the console in the port of the Cisco router or switch is done via a special rollover cable. A rollover cable has pins numbered 1 through 8, each one wired to the opposite number. 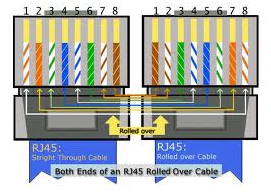 f newer laptops do not have the EIA/TIA 9- or 15-pin serial connections and only feature USB ports, you might need to buy yourself a USB-to-serial adapter. The serial connection on the rollover cable attaches to your workstation’s COM port.

Configuring Cisco Routers and Switches in Toronto and the GTA

Once you’re plugged in, you then will need to configure a terminal application to communicate with the Cisco device, such as a router or switch, over the rollover able. You can use Hyperterminal, Procomm, TeraTerm, SecureCRT, or any of a number of others that support character-based terminal emulation. The settings for your terminal session are as follows:

Your COM port for this connection will vary, though.

The AUX (auxiliary) port is in reality just another console port, intended for usage with a modem. This is done so that you can remotely connect and administer the device by phoning it. This is a great idea as long as the modem is connected, powered up, and plugged in to the phone system; however, doing so can create some security issues, so make sure that you get advice on addressing those before setting this up. Please note however that not all routers will have an AUX port. 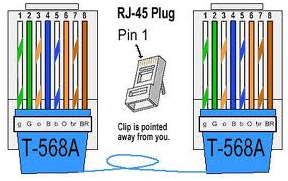 If you have multiple Ethernet ports, you can connect the others to a high-speed Internet connection such as a cable modem or DSL, or to another, distinct Local Area Network (LAN).

A crossover cable is used to connect two devices that each use the same pins for the transmit and receive functions; this means that if we use a straight-through cable to connect them, the Layer 1 circuit will not come up, and the connection will not work.

For example, suppose you would want to connect your router’s FastEthernet0/1 interface to another router’s FastEthernet0/1 interface. Using a straight-through cable, this link will not work. Instead, you would need to use a crossover cable, changing the pinouts of the transmit and receive pairs so that they line up with the receive and transmit pairs on the other device, respectively. When you attach the crossover cable, the link lights should come on, and Layers 1 and 2 should change to “up.”